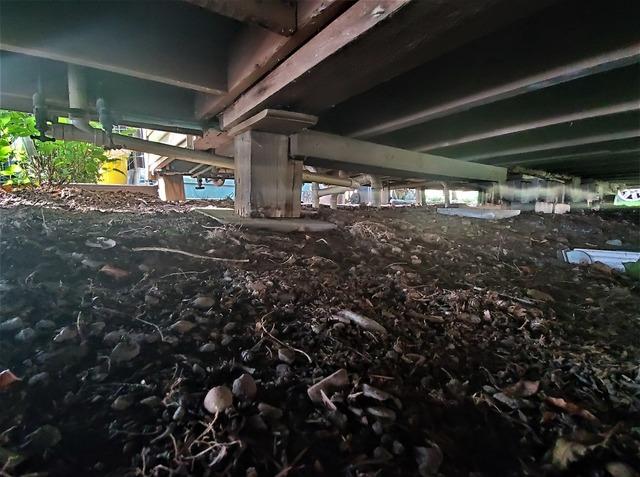 This homeowner was concerned with the structural integrity of two of their two bungalows. They believed that the bungalow's headers and footers of their foundations needed to be repaired, as the bungalow's in question had sunken. Because of what was occurring with the structures and previous projects that we had performed for other clients in the near vicinity, they contacted Basement Systems of New York to figure out what was going on. Upon our Specialist finishing his inspection, he was able to confirm their thoughts. Due to how thorough our Specialist was during their consultation, they wanted us to complete the project for them.

To take care of the issues at hand, we started digging down approximately four feet to install our sono-tubes. Once our sono-tubes were fully installed we poured our concrete on top of them to create our new poured footings. These footings would be the base for our SmartJack support systems with steel i-beams. After installing our support systems, we then sistered all of the floor joists of the bungalows. By applying these systems, we were able to lift, level, and stabilize the two bungalows.

During the project, the homeowner could see an improvement in the structural integrity of the bungalows from us just applying our temporary supports. After lifting, leveling, and supporting the structures, they saw a tremendous change. Overall this homeowner could not have been any happier with how their project turned out. Because, of our help, they now can live in their home year-round without the fear of it falling down. More importantly than anything we were able to restore peace of mind back to them.